I’m a bad little blogger and haven’t been around much. I have no excuse other than, well, life. It happens and sometimes gets in the way.

And sometimes, it’s good. I spent March traveling and may or may not have consumed six months worth of beer in three weeks. But it was pretty. Here’s a picture taken outside the Adam and Eve, reputed to be the oldest pub in Norwich, England.

The Adnams Southwold Bitter is lovely.

All the traveling gave me lots of time to read. What else do you do when trapped on an airplane? Amongst others, I read two recent indie releases. One was released shortly before I left, the other shortly before my return. Sometimes, the universe is kind. I love me some Gothic Horror and highly recommend both books.

Read on the flight to Norwich: 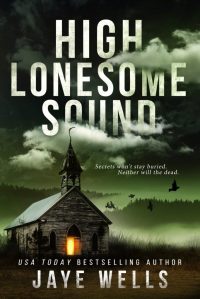 High Lonesome Sound is a new direction for author Jaye Wells (The Prospero’s War series), and one I hope she continues to explore.

“In the sleepy mountain town of Moon Hollow, Virginia, there is a church with a crooked steeple. No one will say for sure how it got that way, but it’s the reason the whole town gathers every Decoration Day to honor the dead.

This year, there are two fresh graves up on Cemetery Hill, a stranger’s come to town, and the mountain’s song is filled with dark warnings.

The good people of Moon Hollow are about to learn that some secrets are too painful to bear, and some spirits are too restless to stay buried.”—from the Amazon description

This is a story that will leave you shivering in the dead of summer.—Cherie Priest, author of The Family Plot

Read on the flight home: 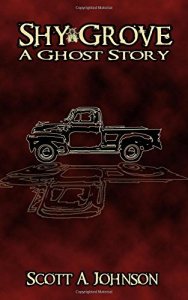 From Scott A. Johnson (the Stanley Cooper Chronicles) comes Shy Grove: A Ghost Story. Texas Gothic, and right up my alley!

“When Gary’s crazy aunt Ester dies, he inherits her house in the forgotten town of Shy Grove. Along with his wife and son, he moves into the house to catalogue her belongings, as well as try to work on their relationships. But from the first night, strange things happen in the house. Whispers in empty rooms, shadows in corridors, and changes in Gary’s personality hint that there is something wrong.

And not just with the house…

Shy Grove: A Ghost Story is southern gothic horror that builds a sense of creeping dread.”—from the Amazon description

Borrow for free with Kindle Unlimited or purchase it at Amazon

Neither of the above are affiliate links and I get nothing (other than the enjoyment of reading and a severe case of envy because I really want to write a gothic ghost story myself) out of them. I just think you should read the books. However, in the self-interest category, the Kindle edition of my novel The Ceiling Man happens to currently be on sale for 99¢ in the US and Canada. And, as always, it’s free to borrow on Kindle Unlimited.

A supernatural creature arrives in the small, fictional town of Port Massasauga and sets his sights on Abby, a girl with psychic powers similar to his own, in Lillie’s gripping debut…Lillie sidesteps horror clichés and presents characters who don’t make eye-rolling decisions…horror fans should expect an entertaining novel that’s tough to put down.—Publishers Weekly/Booklife

Get it at Amazon

Seems like I’m forgetting something…oh, yeah! I promised you a giant sloth. Here you go. a photo of a Megatherium americanum taken at the Natural History Museum, London. I left that big boy behind, but I did come home with Darwin socks.